Professor Katarina Štrbac participated as a lecturer at the Seminar “Disinformation and New Challenges for Security” for members of the National Assembly of the Republic of Serbia, held in Vršac.

Professor Štrbac gave a lecture on “Hybrid wars in the 21st century”. The topic is particularly relevant today, bearing in mind that hybrid wars are the dominant form of warfare in the 21st century. The theoretical aspects of hybrid wars, the historical approach, as well as the importance of the Assembly in safeguarding the security of the Republic of Serbia are presented.

In addition to lectures on hybrid warfare, disinformation as a security threat to the Republic of Serbia, cyber security, and disinformation in the war between Russia and Ukraine were discussed. The seminar was organized by the ISAC Fund from Belgrade with the support of the Embassy of the United States of America. 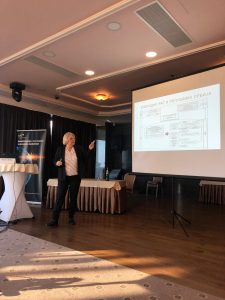 Unlocking the Industrial Potential of Robotics and Automation